Welcome to a new travel dimension!
A mail with your username and password has just been sent to your e-mail address. If you did not receive our e-mail, please check your “junk” folder and/or contact us at: info@phoenixvoyages.com info@phoenixvoyages.com
Thank you for your question!
Our team will contact you within 24 hours.
Discoveries now
News
Share
The National Flowers of our Destinations

Flowers, with their vibrant colors, shapes, and even their scents, are all that make nature beautiful. A variety of them also has special meanings: roses symbolize love, daisies represent innocence, and tulips exhibit the coming of spring. While flowers are a prominent part of nature, they are also very much part of human culture. National flowers have served as emblems by many different countries to symbolize their nation, people, history, landscape, and more. Here are each of the national flowers of our destinations! 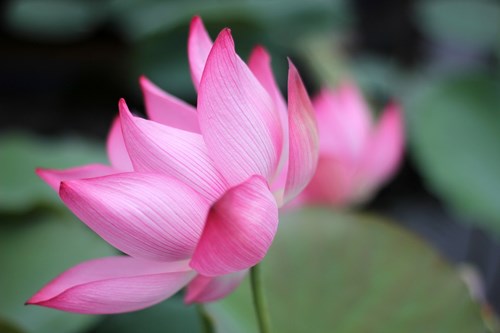 Known as the “flower of the dawn,” lotuses nestle throughout the several lakes and ponds of the country. The lotus is renowned as an exquisite pink flower since it grows in muddy water and rises above the surface to bloom with remarkable beauty. Hence, it symbolizes the purity, serenity, commitment, and optimism of the future. The elegance of the lotus is typically the subject in Vietnamese poems and folk songs. The image of the symbolic flower of the nation is also widely used in ancient arts and traditional cuisine, becoming an essential part of Vietnamese culture. 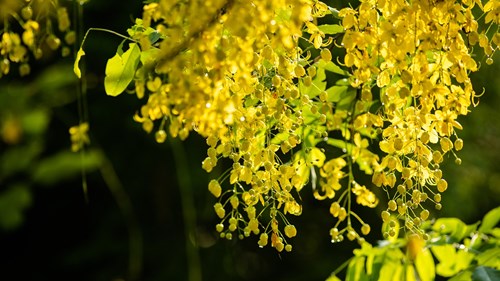 The Ratchaphruek tree bears beautiful yellow cluster-shaped flowers, chosen as Thailand's national flower due to is its vibrant yellow color. The name means "royal tree" in Thai, also popularly known as the Golden Shower Tree. The color is associated with Buddhism, the primary religion of the country. Yellow portrays glory, harmony, and unity. Blooming annually from February to May, the flowers symbolize the union of Thai people. It is popularly known in the nation and is grown in abundance along the roadsides. During Songkran, the Thai New Year, they are often used to decorate temples. 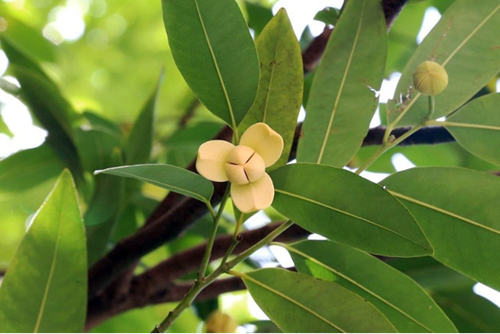 The national flower of Cambodia, the Rumdul bears a small yellowish-white flower with a single alternate leaf. The flower produces an aromatic fragrance that is prominent in the evening.  These flowers are popular in the country as it represents the friendly and positive nature of Cambodian people. Rumdul can be seen almost everywhere in Cambodia: sculpted on the wall of the Angkor Temple, public parks, and used for decorations in houses due to its pleasant fragrance. In addition, its stems supplement construction materials and firewood. 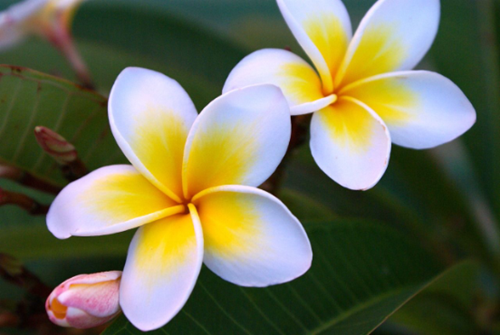 The Dok Champa is the national flower and official symbol of Laos. These sweet-scented flowers consist of many colors: red, yellow, pink, and multiple pastels. For Lao people, Dok Champa represents sincerity and joy in life. It is common for these flowers to serve as decorations in religious observances, such as the Baci Ceremony. The flower isalsooften used as a decoration in various celebrationsor made into a garland to welcoming guests. Planted throughout the country, Dom Champa serves as a symbol of luck. In Laotian culture, it is a local custom to name a new business Dok Champa for merit. 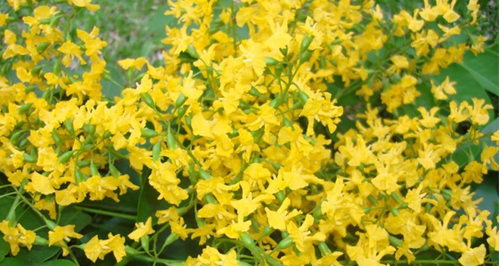 The national flower of Myanmar, the Paduak blossoms in tiny fragrant yellow-gold flowers after the first showers in April, coinciding with the Myanmar New Year festival. Once in bloom, the entire tree turns gold overnight. Burmese people regard the Paduak tree as a symbol of strength and durability. The beautiful flower also signifies youth, love, and romance. The flower plays an indispensable part in traditional and religious ceremonies. During the celebrations, people present flower petals as gifts in a silver bowl to their deities. They also give flower necklaces to travelers showing hospitality and goodwill. 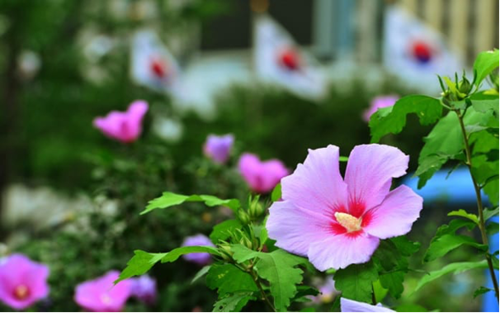 The national flower of South Korea is the Mugunghwa, more commonly known as the Rose of Sharon. These flowers have five petals and grow in several colors such as white, purple, and pale pink. The flower's symbolic significance derives from the Korean word mugung, which means "eternity" or "inexhaustible abundance." It also has meanings of "longing" and "perseverance." Precisely as those words mean, the plant is sturdy and resistant to the cold. The figure of the flower is also widely used on national emblems and decorations of honor. 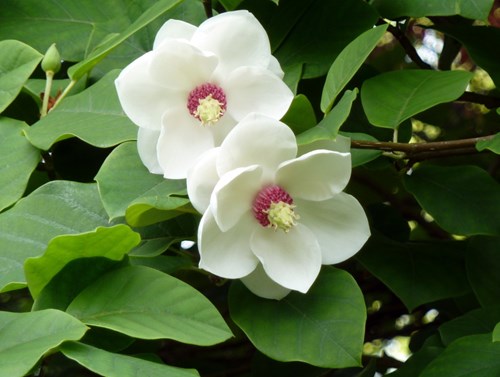 Called mongnan or mokran, the magnolia sieboldii is the national flower of Korea. The flowers are unique due to having 6-12 tepals, the outer three smaller, the rest larger, and pure white. The carpels are often greenish, while the stamens are reddish-purple or greenish-white. Magnolias have been grown in wide areas of the country from ancient times and have existed throughout their time-honored history. In their full shape and beauty, these flowers symbolize the national character and the spirit of the resourceful and courageous Korean people.