Welcome to a new travel dimension!
A mail with your username and password has just been sent to your e-mail address. If you did not receive our e-mail, please check your “junk” folder and/or contact us at: info@phoenixvoyages.com info@phoenixvoyages.com
Thank you for your question!
Our team will contact you within 24 hours.
Discoveries now
News
Share
The Traditional U Shwe Yoe & Daw Moe Dance in Myanmar

Nestled on the edge of Southeast Asia, the wondrous ancient land of Myanmar is a nation rich in tradition and culture. For a glimpse of the nation’s colorful and dynamic customs, we suggest that you to discover the traditional U Shwe Yoe & Daw Moe, a famous dance preserved throughout centuries that expresses authentic Burmese cultural identity. 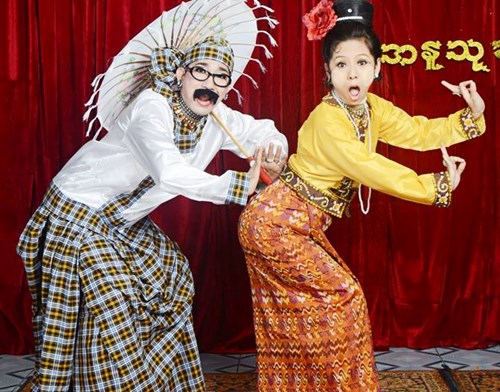 A U Shwe Yoe & Daw Moe is a comedic dance performed by a male dressed like a typical old Burmese man with a long-curved mustache. Making comical faces accompanied by entertaining gestures, the dance showcases the daily lifestyle of its people and satirizes the upper class.

The famous Myanmar comedian Shwe Yoe first introduced the dance in the 1923 film “Ah Ba Ye,” an early Burmese film about rural life. A hit among audiences, the jolly joker dance routine was soon adopted as a standard dance on many special occasions, including pagoda festivals, charitable ceremonies, and religious processions. 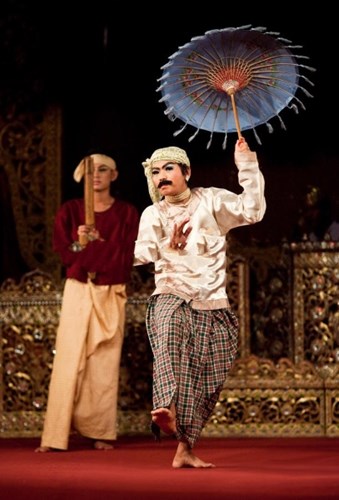 Originally performed as a solo act, the Daw Moe Dance was created and added to the original Shwe Yoe. Today, the art form is popularly known as the "U Shwe Yoe & Daw Moe."

The dance aptly pokes fun at both the aging male womanizer (U Shwe Yoe) and spinster (Daw Moe). Commonly performed in the countryside, the dance satirizes the old upper Burmese class who become social misfits due to their eccentricities.

The U Shwe Yoe dances with comedic movements to woo young women. He dances to the rhythmic sounds of double-faced short drums, cymbals, and bamboo clappers. 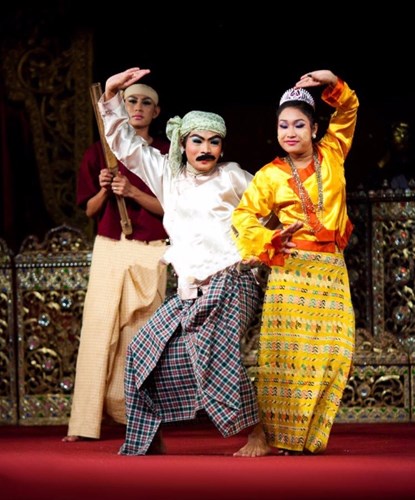 The signature costume and accessories of a U Shwe Yoe performer are his iconic long-trimmed mustache, a scarf around his neck, a headgear, and a sarong around his waist, depicting a typical old Myanmar gentleman. While, the dancing artist Daw Moe, dresses and behaves like a young lady despite her old age.

The storyline centers on a middle-aged spinster searching for a husband. She dances flirtingly with U Shwe Yoe (the Burmese old man), who does not like old women and acts as if he is looking for other pretty young girls. It is especially famous for its humorous performance. 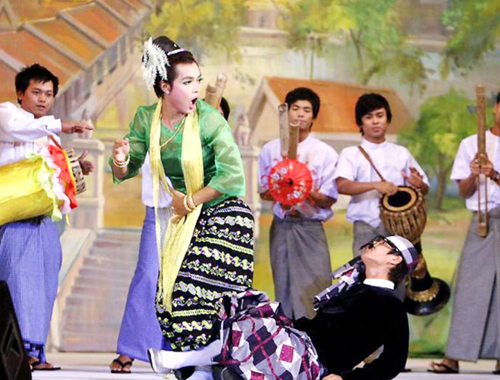 In modern times, the traditional performance is still an essential part of charitable and traditional ceremonies. A prominent duo in Burmese folk dances, the U Shwe Yoe and Daw Moe, continues to provide humor among audiences.

Throughout generations, this famous dance has become a time-honored aspect of Burmese culture. While exploring Myanmar heritage and tradition, there is nothing more eye-opening than a chance to witness an authentic U Shwe Yoe & Daw Moe dance.