Welcome to a new travel dimension!
A mail with your username and password has just been sent to your e-mail address. If you did not receive our e-mail, please check your “junk” folder and/or contact us at: info@phoenixvoyages.com info@phoenixvoyages.com
Thank you for your question!
Our team will contact you within 24 hours.
Discoveries now
News
Share
20 candles and as many stories to share with you
Interview

In 2019, Phoenix Voyages celebrates its 20th year anniversary, an opportunity for Edouard George, its founder, to look back at some of his best memories and share a few unpublished anecdotes. Discover below, the anecdote of the month: The Rise of Tourism in Asia.

How did Phoenix Voyages adventure begin? What were its first steps?

At the time, Le Tuan Linh (Co-Founder) and I were leaving the Accor Hotels, we didn't have much except an address book and knowledge of the business.So we started small, we applied for a license and moved into my kitchen in Saigon, which was our first office. We worked 18 hours a day, alternating between production, customer research, contracting and public relations, to get people to talk about us.  At that time in Vietnam, there was still very little technology in the offices, our daily lives revolved around pencils and notebooks to scribble the production and hand-made brochures to present our trips. It is in this universe that we began to imagine the shapes of Phoenix Voyages as we know today.

Why did you decide to set up a travel agency and what was your initial idea?

Tourism was then barely existing in Vietnam but promising a bright future. However, there were still some major gaps in the map of tourism offers: there was no interest in a "European vision" and targeting a European clientele, and there was no option similar to luxury. With my experience with Accor, I was captivated in this sector and sensed that there was something to create in Vietnam. It was, therefore, necessary to train and adapt the local structures to the standards of European customers. We were in a way pioneers in the sector, with only few competitors. 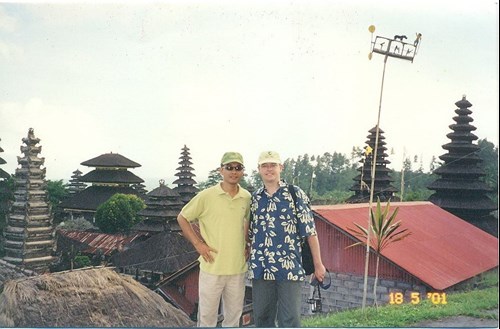 Who was Phoenix Voyages' first customer?

We were very lucky with our first customer who was only Philippe PEERE, JetAir's Asia Director in Belgium...who is still our customer today. This is one of Phoenix Voyages' founding values: loyalty! We have many customers present since the company was founded and we are grateful to them for this.

Can you tell us how you evolved in the early years?

As I told you last month, we started very modestly. Our first employee was Miss Hoai, our General Cashier, who is still with us today. We became a little bigger until we were a dozen in my house in District 1 (Saigon Center NDLR). As we were getting more and more cramped, we decided to take a desk in another “matchbox”... a nickname given to these narrow and tall houses so typical of Vietnam. It was in the heart of the tourist district on Thai Văn Lung Street. The fax machine was running at full capacity at that time! 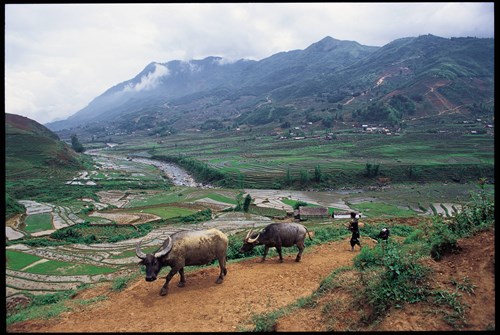 Then you saw further than Vietnam...

From the beginning, we offered programs combined with Cambodia and Laos for some of our clients, thanks to the local knowledge. Confident by our first professional tourism license in Vietnam, we opened our first Phoenix Voyages decentralized office with Partners in Cambodia in 2002 and then in Laos the following year. We knew that these neighboring countries, that formed the former Indochina, also have treasures to share, and always in mind our primary goal: to offer an authentic local experience with a service and expertise that meets the expectations of European customers.

If you are asked for your best memory, which one comes to mind instantly?

It is the trip of 1,250 people in 2012 to Cambodia and Vietnam with 4 privatized aircrafts from Spain and 7 aircrafts between Siem Reap and Northern Vietnam! The entire trip was tailor-made and the participants were pampered with a unique service. The organizing agents asked us to produce a 90-minute show for their gala dinner. The show and setting were fabricated from scratch mixing traditional folklore with Vietnamese rap, local divas, etc.... all these have created an ecstatic sound and magical atmosphere. 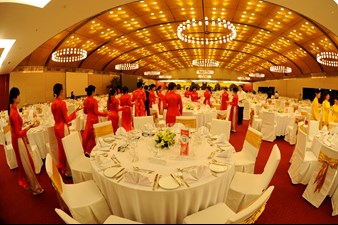 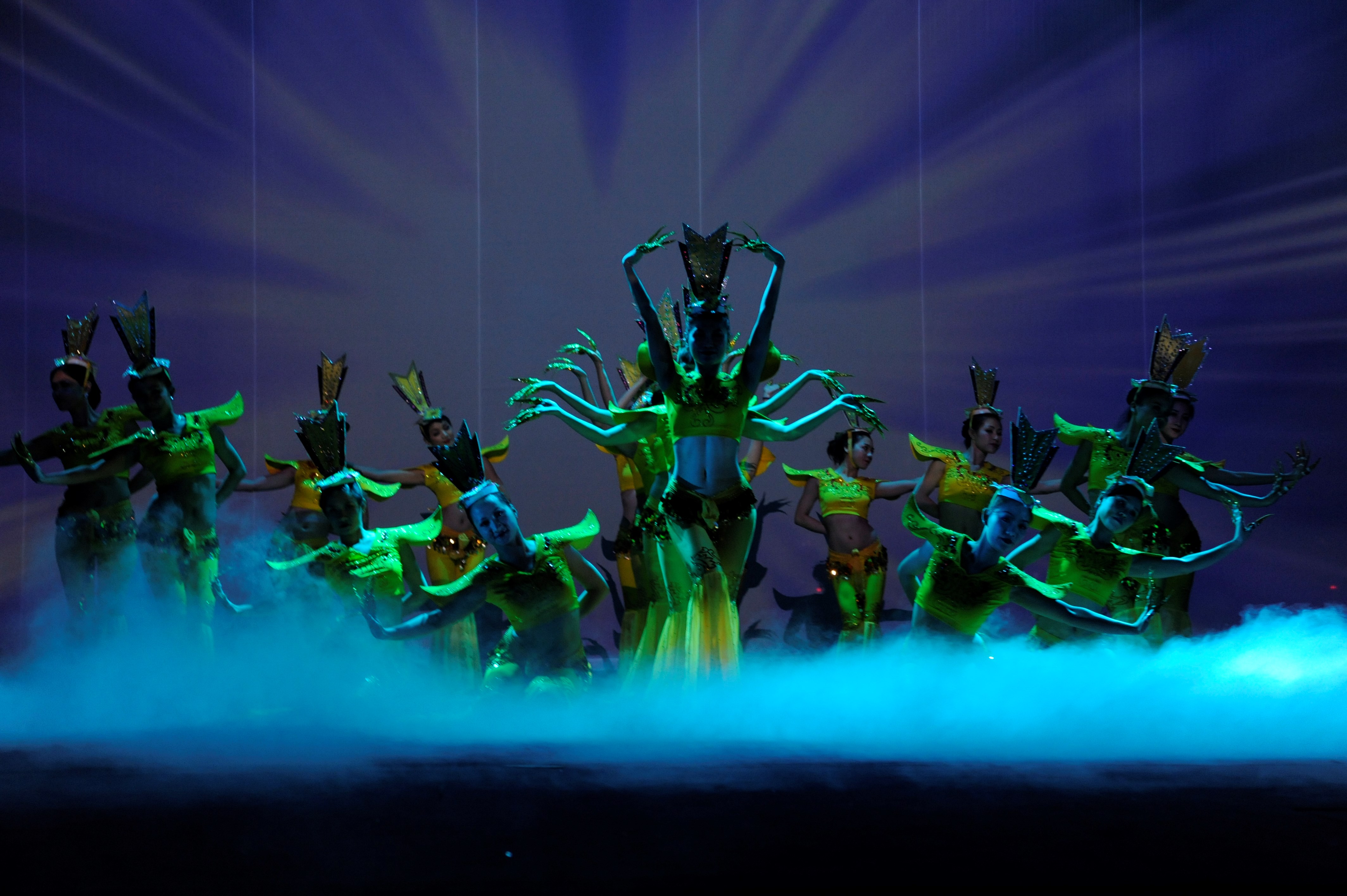 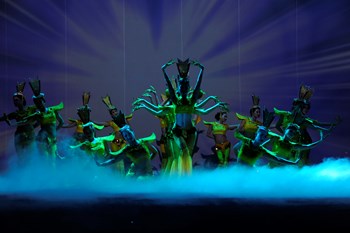 ...and one of your bad memories?

During the outbreak of the SARS epidemic in early 2003, when we lost the equivalent of 3 years of business in less than a week. It took us more than a year to recover.

Indeed, in 25 years, the evolution has been spectacular! Vietnam, for example, has gone from level 0 to 1,000 with a lot of advantages and disadvantages relating to all the rapid developments of the country, such as  tourism that has boosted the economic development of the nation, the creation of thousands of jobs, the opening of the destinations, the technological development of the isolated regions; on the other hand, however, there was an increase in pollution, the destruction of its heritage and all the inherent excesses from the lack of control to the lure of immediate profit... It is now necessary for us, the tourism professionals, to be active in the preservation of these many treasures because our customers are increasingly in demand for "responsible" tourism and that make sense !

Phoenix Voyages is one of the few receptive DMCs to offer both Koreas. How did you establish contact with North Korea?

I have always loved Korea.  In some ways, it is very similar to Vietnam... enthusiastic spirits, different influences and occupations, wars and the reconstruction of the nation...

My first contact with North Korea was rather a crazy story. I used to go to the Cuban Embassy to practice my Spanish in the early 1990s. During dinners with the Ambassador at that time, I had the opportunity to meet several times General Giáp and the North Korean Ambassador, who came with a young Korean translator with whom I kept in touch with.

One day, this young Korean became the Deputy Minister of Tourism of North Korea. He then invited me to discover his country. And so, I made my Partners believe that we were going to a "Board of Directors meeting in an impossible country" and surprisingly, this country that is so closed but so appealing, immediately has blown us away… and that's how it became one of Phoenix Voyages’ destinations. 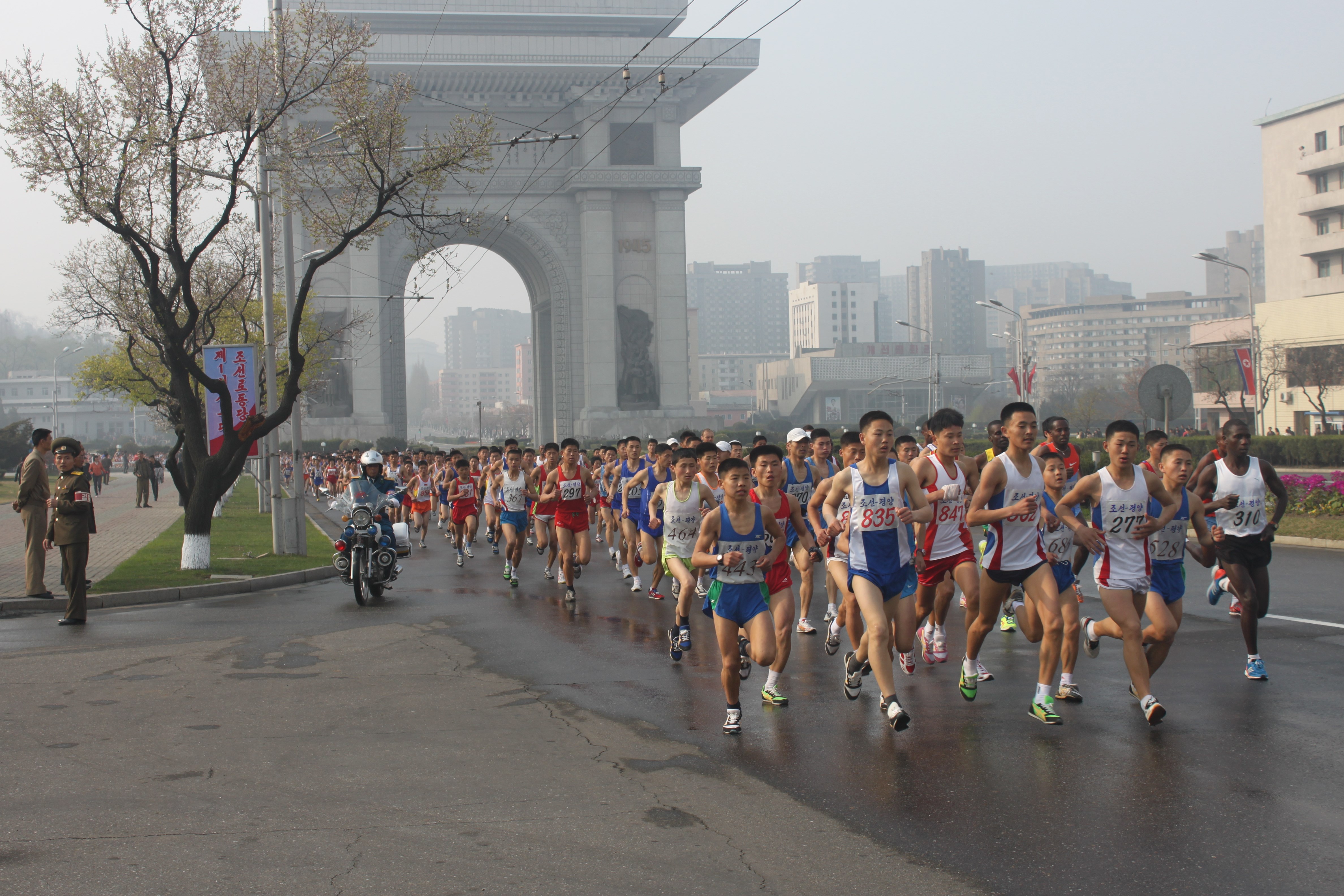 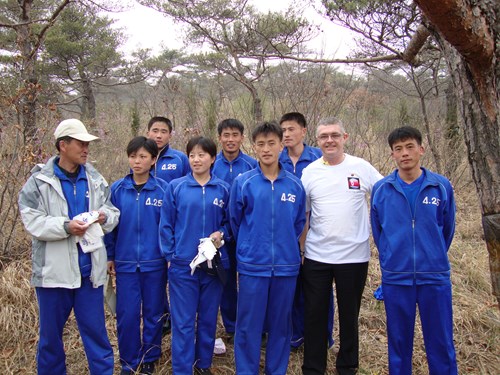 You have been there about fifty times, what is your most memorable memory?

In 2009, we organized a trip for 120 people for an orientation race in the mountains near Pyongyang. I remember that the Koreans were very anxious about the clients getting hurt during the activity, so everything was extremely mark well. In addition to this large group, there was the participation of the Korean delegates from the Federation of Orientation who took part in the activity. The moment was magical.

But above all, there was a moment suspended during the event when a car approached and everyone kept quiet, people stood still. And for a good reason: the car stopped, the window was lowered and a few words were exchanged in total silence and then the car left... I will let you guess who was in the back of that car? In addition to an amazing trip that went very well, this moment made the experience just incredible!

What are the assets of your destinations today for tourists looking for new experiences?

The expansion of Tourism in Southeast Asia is fortunately uneven across the regions of our countries, particularly in Vietnam. That is why there are obviously very authentic experiences and incredible memories to bring back, especially when you go out to meet the local people and travel to the off-the-beaten-paths... Among the ethnic groups of the central highlands or a little further north near the borders, meeting with the local populations really marks ones journey.

In Cambodia, the Angkor Temples offer a timeless experience and the "Wow" effect is guaranteed! This is a must-see site. The surrounding countryside also allows oneself to immerse in time and the local life. And in the South of the country, although less known in this aspect, Cambodia is rich in beaches that can be compared to those in the the Caribbean, for example.

Laos remains our nugget of greenery, calmness and authenticity. Our travellers always find this serenity, these landscapes of waterfalls or countryside, just breathtaking. Recently we have developed amazing cruises on the Mekong River to discover the country. 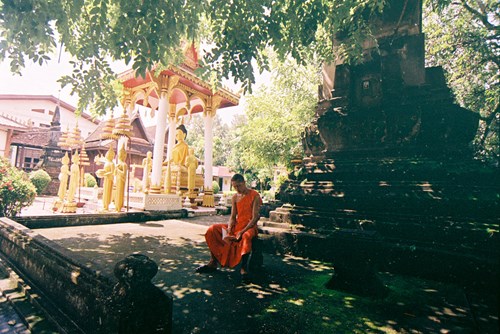 Despite political difficulties, we are always committed to Myanmar with our team on site! Like Laos, Myanmar - the "Golden Land" offers spirituality and authenticity to the visitors. 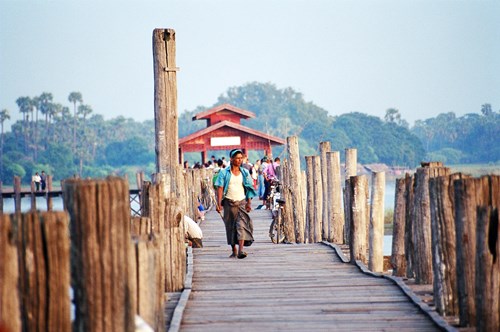 As for Thailand, I do not regret the reopening of our office in 2015. Because even if the destination is already well known, we managed to offer idyllic holidays in the Southern islands and nature experiences in the Northern mountains with top-of-the-range hotel partners. 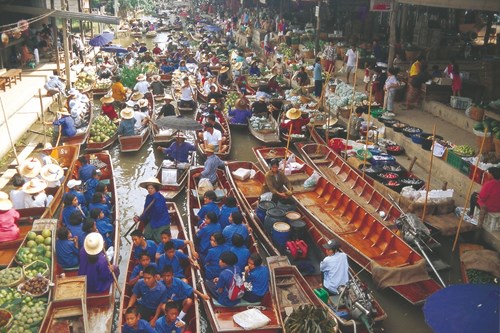 Finally, the Koreas are our youngest "children"! South Korea is attracting more and more European tourists and has a lot to offer: bustling cities, beautiful mountains, colourful seasonal landscapes. I am very enthusiastic about these "young" destinations and especially about everything related to North Korea. 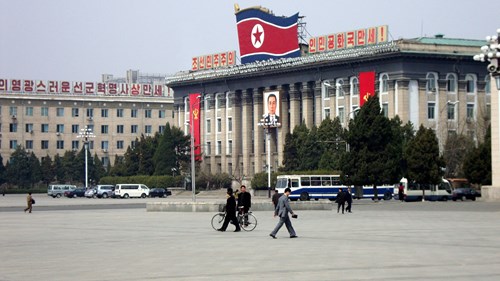 Our first group arrived in North Korea in 2008. 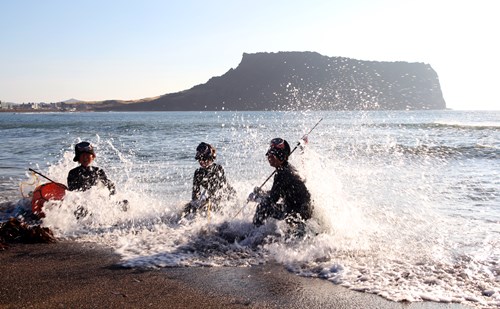 Opening of our South Korea office in 2013.

What are your ambitions for the future?

My dream is yet to add Japan to our portfolio. This destination, full of history and modernism, is exactly what the new generation of travelers is looking for. Similarly, it would be interesting to develop Taiwan, a destination between nature and urban development, for which we already have a partnership but we could exploit more. However, we are now very busy with our 6 destinations. That is why we will continue to prioritize these destinations in order to be more expert in them….and who knows? surprises may emerge in the coming years...

What do you wish in the short term and the next 20 years?

In the immediate future, I wish to celebrate our 20th anniversary as it should be and I hope to meet our European partners at IFTM Top Résa in Paris where we will welcome them to mark this jubilant anniversary.

For the next 20 years, there will be more and more trips, discoveries, exceptional moments for our customers and stronger links with our partners. Excellence is a daily task and Phoenix Voyages is committed to doing better at all times.  I would like to continue to promote South East Asia as an exceptional, exotic and safe travel destination. So I wish us to be more successful, and especially to reach 40 years, hence 40 candles to blow! 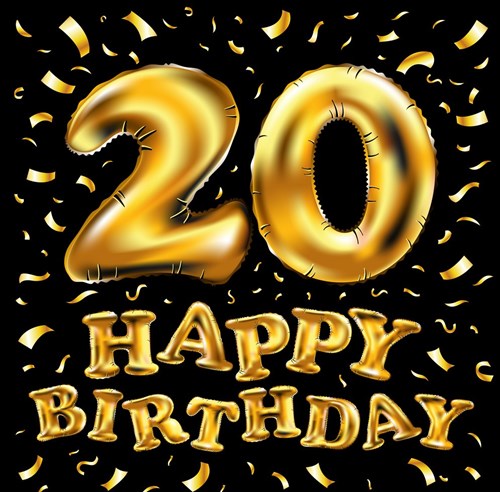 Link to the timeline of the Phoenix Voyages website 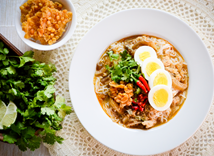 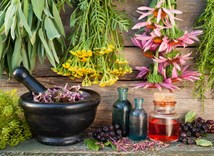