Welcome to a new travel dimension!
A mail with your username and password has just been sent to your e-mail address. If you did not receive our e-mail, please check your “junk” folder and/or contact us at: info@phoenixvoyages.com info@phoenixvoyages.com
Thank you for your question!
Our team will contact you within 24 hours.
Discoveries now
News
Share
Happy Vietnamese Women's Day!
Public holidays

Vietnam has set a date to celebrate the Vietnamese woman and thank her for her contribution to the country’s development - past and present. Indeed, women have had, and are having a decisive impact on Vietnam's history, economy, demography and societal norms more than in any other Asian country. This celebration takes place on Saturday October 20th this year, and is an occasion for us to retrace the journey of Vietnamese women towards their emancipation and the quest for gender equality.

At the beginning of the 20th century, the Vietnamese Woman’s main roles were to be a good wife and mother, and to tidy the house. Few of them went to school or were trained in order to work and earn a living. 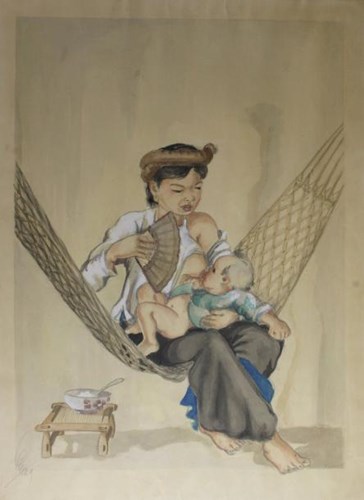 During the war against France, and then against United States, Women’s role took a major shift: not only were they mothers, but they also became the head of the family and the economic driver of the country. They would be working both in the fields and factories while simultaneously taking the place of the husbands who had left for the front. 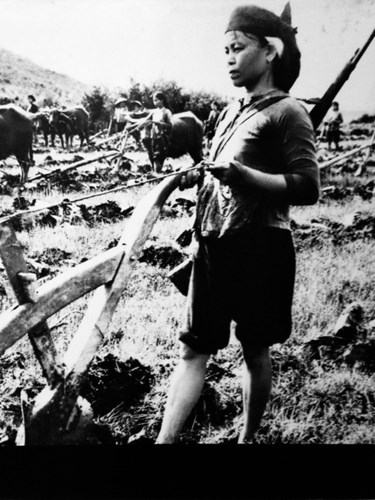 This corresponds to the typical war effort heard in History about all past wars? Yes but no, Vietnamese women did not just serve in the background of the war, but went to fight on the front. Women made up 40% of the guerrillas and South Vietnamese militias, and women used to occupy leader posts in the armed forces. History has particularly remembered the name of Nguyen Thi Chien - leader of the communist guerilla and first Major-General woman of Vietnam. 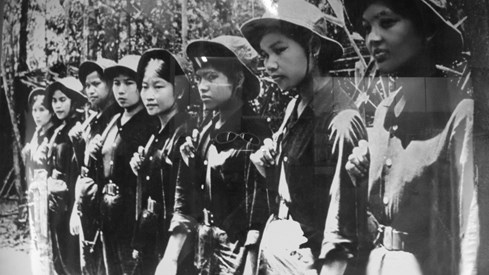 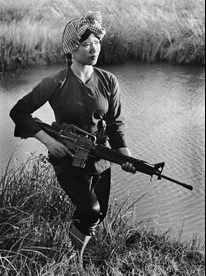 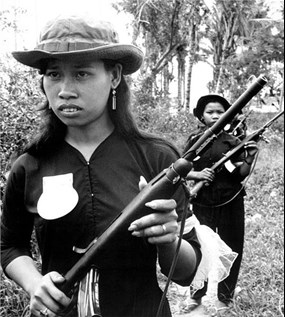 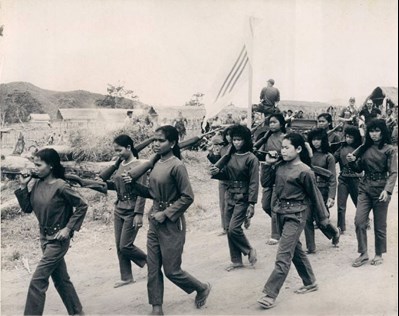 Nguyen Thi Dinh was born in 1920 in Ben Tre, Vietnam, as the youngest child of her siblings - her and 10 brothers. Her family was in poverty and couldn’t send her to school. At the age of 16, she joined the revolutionary groups and then the Communist Party. She was selected as captain to lead the troops in the North. She was jailed from 1940 to 1943 by the French colonial authorities. In 1954, she played a major role in the founding of the National Liberation Front in South Vietnam (better known as Viet Cong) while the Geneva Agreements were signed, declaring the end of France’s colonial administration. From 1965, she commanded the exclusively female armed force of the Liberation Association for the South Vietnam Women, which specialized in spying and fighting against US forces. Ho Chi Minh called them the “long-haired warriors “. 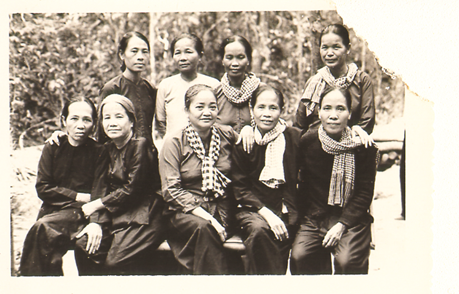 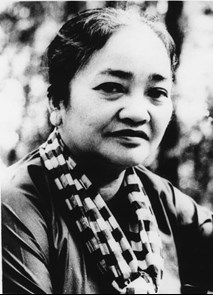 Nguyen Thi Dinh is in the center of the picture

The Communist Party and Vietnam Women’s Union (VWU), the two main protagonists in the achievement of women's rights in Vietnam

At the same time, women’s rights were evolving rapidly, thanks in particular to two groups: the communist party and the Vietnam Women’s Union. In January 1960, President Ho Chi Minh enacts the “Family and Marriage Law”. It declares 4 fundamental principles: freedom of marriage and divorce, monogamy, equality of men and women, and the rights of children. Women became legally equal to men in both marriage and work.

The VWU established on October 20, 1930 - the date chosen for the annual Vietnamese Women's Day - has also made a significant contribution to the promotion of gender equality and the integration of women into active society. In 1995, they created the Vietnam Women's Museum in Hanoi, which helps bring awareness to the major role played by Vietnamese women in the country's liberation and independence. It has been ranked among the 25 most interesting museums in Asia in 2013 and received the Traveller's Choice Award in 2014.

"It is also a cultural exchange center between Vietnamese and international women for equality, development and peace" (one can read on museum website). 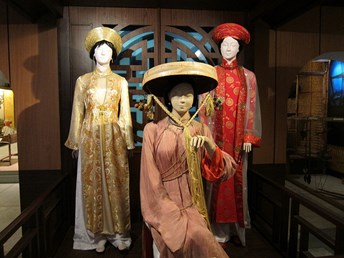 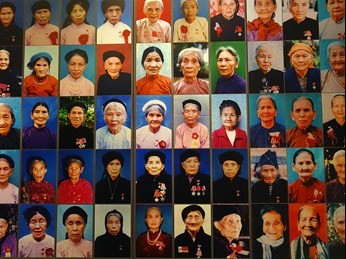 After the end of the war, women refused to resume their pre-war roles, demanded positions of responsibility with more freedom, and gradually became the essential pillars of Vietnam's development. Today, they are the ones who run Vietnamese society, whether in economic, family or educational terms.

"The Vietnamese woman is the freest, most powerful of all women who have received Confucian influence in Asia. She has participated in all wars, in the struggles for her survival," Geneviève Marquis, Canadian geographer.

The first female President of Vietnam

Today, only the world of politics seems to be reserved for men. At least until last week, the Party appointed Dang Thi Ngoc Thinh, a woman, as interim President of the Republic - replacing Tran Dai Quang who died on 21 September of cancer. She is the first woman in Vietnam's history to become President of the Republic and the first woman head of state in a communist country since Soong Ching-ling, China. 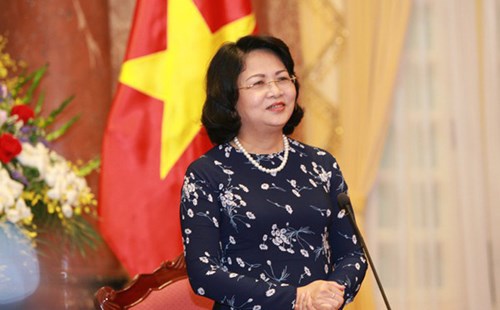 A quarter of CEOs in Vietnam are women

Vietnam thus appears to be ahead of many "developed countries" on the subject of gender equality. The Boston Consulting Group showed in a report in 2017 that a quarter of CEOs in Vietnam are women, surpassing the representation of women in senior management positions in countries such as Malaysia and even Singapore. Moreover, according to a study conducted by Deloitte ("Women in the Boardroom: A Global Perspective"), Vietnam has the highest proportion of women leaders in Asia.

Forbes Vietnam Cover introducing the most powerful women of the country.