Welcome to a new travel dimension!
A mail with your username and password has just been sent to your e-mail address. If you did not receive our e-mail, please check your “junk” folder and/or contact us at: info@phoenixvoyages.com info@phoenixvoyages.com
Thank you for your question!
Our team will contact you within 24 hours.
Discoveries now
News
Share
South Korea: customs and traditions
Experience

Between customs, traditions and unusual cultural facts, South Korea has some strange habits that would be helpful to know before boarding for the county of the “Morning Calm”. Here is a list of things “to do” and “not to do”. 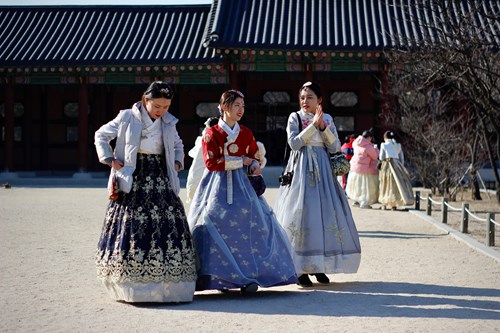 At the table, do not stick your chopsticks in the rice. And for a good reason, it signifies the incense sticks set in the sand during funeral ceremonies.

Do not blow your nose in public.

Do not enter a house with your shoes on, the Korean way of life is centered on the ground.

Unveiling your back and shoulders is not good, although showing your legs is accepted.

Do not write in red, as in the past, the names of the deceased were written in red ink on family registers and funeral banners.

Do not refuse a glass of soju (a Korean alcoholic drink) when someone offers it to you.

Do not drink your drink in front of an elderly person or someone who is superior than you.

Do not get up before the elders do.

Do not touch an elder or someone hierarchically superior.

Do not speak loud in the bus or subway.

Do not show the underside of your feet or shoes.

Always accept the glass offered by the elders: this gesture shows respect and friendship, and the opposite is interpreted as a refusal to become close to the person and therefore a refusal of friendship.

Use both hands to give or receive something.

Serve the elders first at a meal or bar.

Share the food and take full charge of the bill.

Greet with reverence: put your hands along side your body & bow lower if the person you greet has a high position or is older. Reverence can be accompanied by a handshake.

Sit on the floor with crossed-leg or kneeling for men and kneeling or sideways for women.

South Koreans are automatically classified at birth according to their blood type, a custom that originated in Japan, but has become a very important culture in South Korea and can even determine who will marry whom.

At birth, all Korean babies are 1-year-old.

The roofs of the traditional houses end slightly curved, to give the buildings a smiling appearance.

The taxis are color coded according to the level of service provided. A grey or white taxi is a basic car with a qualified but potentially inexperienced driver; while black taxi is luxury car with experienced driver.

More than 20% of South Koreans have the family name “KIM”. There is even a saying that if you throw a stone from the Nam San (a mountain in the centre of Seoul) it will certainly fall on the head of a Kim.

South Korean wedding clothes are usually red, which is a symbol of luck.

When you take a picture, South Koreans say "kimchi" instead of "cheese".

For Seoul's busy public transport, the city has hired "Subway Pushers", professionals who are responsible for getting as many people as possible into the subway trains.

On the South Korean island of Jeju, women traditionally go to work; while their husbands stay at home. These women are called Haenyeo ("sea women"), and they dive to catch sea urchins, abalone and octopus, a continuing tradition that goes back 1,500 years and is passed on from mother to daughter. 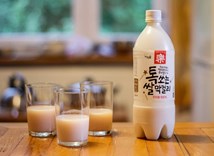 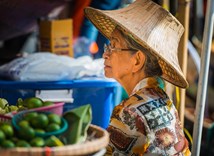