Welcome to a new travel dimension!
A mail with your username and password has just been sent to your e-mail address. If you did not receive our e-mail, please check your “junk” folder and/or contact us at: info@phoenixvoyages.com info@phoenixvoyages.com
Thank you for your question!
Our team will contact you within 24 hours.
Discoveries now
News
Share
The “Pyongyang Soju” from Korea

Pyongyang Soju, a semi-transparent colored liquor, is a favorite alcoholic drink of many locals and tourists. It is the country’s national spirit and pays homage to the beautiful mountains and clear waters of Korea.

The name Soju means “burned liquor,” with the first syllable “So” referring to the heat of the distillation, the second syllable “Ju” pertaining to “alcoholic drink,” and Pyongyang being the epicenter for its production.

Made from corn and white rice, its alcohol content is relatively high, ranging from 16.8 to 53%. With a clear color, Pyongyang Soju has an aromatic scent and a unique, pure, sweet, and refreshing taste.

Although this liquor is traditionally prepared from fermented grain, it is very popular in the country to add flavors such as corn and pine nuts.

Pyongyang has long been famous for its production of soju in Korea. The process involves pouring boiled water into cooked glutinous rice, polished rice, and millet, then mixing it with malt before being distilled and packaged in its iconic green bottles.

Soju is usually consumed pure, often chilled, and directly in shots. Traditionally, it is enjoyed socially along with food and snacks. In addition, soju can also be mixed with other drinks and cocktails.

Very widespread throughout the country, this alcohol is available in most restaurants, hotels, and supermarkets. For travelers visiting Korea, sharing a Pyongyang soju is the best way for them to get acquainted with its local customs. 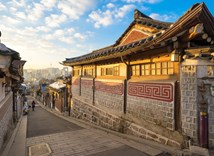 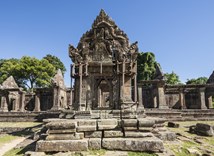