Welcome to a new travel dimension!
A mail with your username and password has just been sent to your e-mail address. If you did not receive our e-mail, please check your “junk” folder and/or contact us at: info@phoenixvoyages.com info@phoenixvoyages.com
Thank you for your question!
Our team will contact you within 24 hours.
Discoveries now
News
Share
The “Makgeolli” from South Korea

Makgeolli, a Korean milky rice alcohol, is the oldest alcoholic beverage in the country. With its fruity and robust flavors, this unfiltered beverage is wonderfully paired with all Korean cuisine. It is a favorite among its people and one of the country’s cultural symbols.

The name makgeolli derives from the Korean words mak, meaning “roughly done,” and geolleun, translated to “filtered.” Traditionally home-brewed due to its simple preparation, many families across South Korea brew makgeolli according to their own recipe, giving it a unique taste.

This sweet, slightly sparkling, milky rice alcohol has a sweet, tart, fruity taste and is a refreshing drink.

Recently, a variety of fruits and other ingredients have been added to makgeolli, including banana, strawberry, peach, chestnut and even cream cheese, thus establishing unique flavors. As a sweet-tasting drink with a low alcohol content (6-8%), it is often considered a "common drink" rather than a strong alcohol. 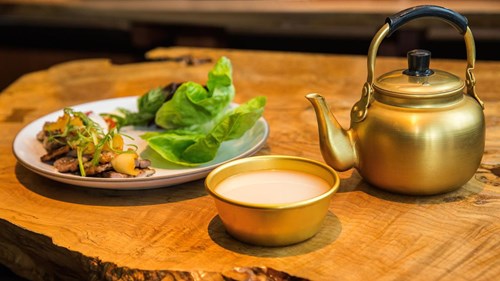 The main ingredients are rice, water, and nuruk, (a Korean fermentation starter made from wheat). Occasionally, various fruits, herbs, and flowers are mixed into the beverage to enhance the flavor.

Makgeolli is served chilled, in a bottle, or traditionally in a clay bowl and accompanied by typical Korean delicacies. Although it is usually consumed straight, it can also be enjoyed in cocktails and desserts, revealing its full flavor.

Deeply rooted in Korean customs, this popular alcoholic beverage is found in many restaurants and supermarkets nationwide. However, its people will always have a soft spot for traditionally homemade makgeolli.

The “Pyongyang Soju” from Korea 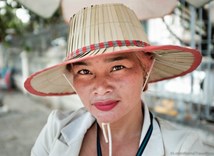 The Traditional “Mouk Slek” of Cambodia

The Traditional “Mouk Slek” of Cambodia

The “Pyongyang Soju” from Korea

UPDATE ON OUR DESTINATIONS 2022
Close